In my previous post I noted that among several causes for radical Islam’s hatred of the west there is the legacy of the crusades, the series of wars fought by Christians against the Muslim Arabs during the middle ages.

It is striking that in the statement issued by ISIS following the recent attacks in Paris the authors claimed to be visiting a kind of revenge on what they called “crusaders.” It is obviously a fantastic stretch of the imagination to equate the average Parisian of the twenty first century with the crusaders of the twelfth and thirteenth centuries. The difference in mentalité could not be greater. END_OF_DOCUMENT_TOKEN_TO_BE_REPLACED

Less than a week ago, Muslim terrorists attacked and killed more than a hundred people in Paris, leaving many more wounded and suffering. France, recently distinguishing herself as aloof from America’s “war on terror,” has now (in the words of President Francois Hollande) declared herself “at war” with ISIS. French jets have begun to bomb military targets in Syria to defend France and the west from radical Islam.

Indeed, not only the west but the world community has expressed deep sympathy for France, reminding one of the global expressions of solidarity with the United States in the aftermath of the September 11 attacks.

The United States and France, along with the west as a whole, have much in common. We are hated by Muslim extremists.

Apart from the psychological fact that fanatics always need someone to hate, the following are three particularly apparent reasons: END_OF_DOCUMENT_TOKEN_TO_BE_REPLACED

In a recently published book (hot off the press this year), a professor of history at Illinois State University claims that America’s culture wars are over. Or at least they should be. A War for the Soul of America, by Andrew Hartman, is a history of the struggle against cultural change that has occurred in America since the 1960s. That history is now over, he claims, and advocates for a secular, permissive, and pluralistic culture are the victors. Their opponents have been defeated by the statistics. Surveys indicate that the social values of the left have been normalized in American society, with the majority of even young Republicans now favoring, for example, the legalization of gay marriage. 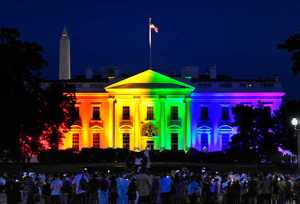 Obergefell v. Hodges (decided in June, apparently after the manuscript was sent to press) would only seem to confirm this.

In one sense, the struggle for America’s soul is presented by the author as what it obviously was: a conservative and religious backlash against the rise of movements advancing the separation of church and state, abortion rights, feminism, and gay marriage. But what is curious about the narrative is the way it presents this backlash, not as the struggle to uphold any kind of absolute standard of moral behavior and cultural good order, but as a process of social-psychological adjustment. If polls reveal that the values of the 1950s are dead, then, the author suggests, continued resistance to the new cultural order is futile.

What I find perplexing in this professor’s triumphant liberal narrative is its ultimate point of reference: the 1950s. 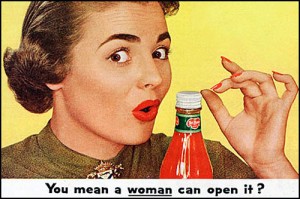 Was that decade really the definitive moment in the history of American values?

Would it not be more effective to evaluate the history of contemporary American culture from a broader perspective? To launch that history in the 1950s ignores some twenty centuries of moral formation, minus fifty years. It also sets up the liberal narrative imposed by this author with a sure victory. And yet there is so much more to a moral society than what one finds in America in the 1950s.

In short, would it not be useful to evaluate our present culture and its problems from the perspective of the total history of Christendom, of which America represents a rather recent and incomplete picture?

This is what I hope to do in the posts ahead.